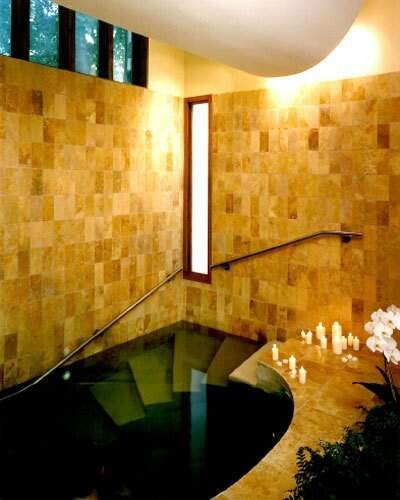 The rabbi began by saying “The difference between ceremony and ritual is that ritual yields transformation. You will come out of this ritual different than you went in.”

Here’s how I went in. My husband and I separated the day after Thanksgiving 2008. Nine months later I knew for sure that our differences were irreconcilable and asked him for a divorce. It took from August 2009 to June 2011 for our divorce to be approved by a judge, and until January 2012 to come to agreement on the financial issues involved. (Yes, that is unusual.) After we settled it took a few weeks for the check to be written and cleared and for final administrative issues to be processed. Then I negotiated the law firm’s final bill; they received their last check in May. A few weeks later I shredded all the old papers in my office from the process. And then Friday, June 15, 2012 at 11:00 AM – the process of divorce was finally over. I was ready to transform.

My dear friend Barbara and I were in my rabbi’s office along with my cantor, who graciously joined us for bonus moral support. I was deeply grateful to Barbara for accompanying me. She was in my wedding party (our Wedding Support Team, as we called it) and it seemed like an important full circle moment to have her with me the moment I officially released myself from my marriage.

I didn’t come for a legal process – that was done. I came for a spiritual process, one I hadn’t found a way to complete on my own. When I heard my rabbi’s words about ritual, I knew we were in the right place.

Until it was time to move to the next place, literally and metaphorically. “Before we move into the chapel,” he continued, “I invite you to leave your frustrations and anger here in my office. You will bring your disappointments with you to the chapel.” (Please note, these quotes are approximations – I wasn’t taking notes. But I do remember he specifically used the words frustrations, anger and disappointments.)

In the chapel the rabbi shared words of wisdom, especially that our marriage was not a mistake. I continued to breathe deeply. His reminders helped. The most emotional part for me came when I cut my ketubah, our Jewish marriage contract, in half. I’d put so many hopes and dreams into that document in 1999 and for ten years after. Now it was meaningless. Cutting it, and soon after shredding it, was painful but felt absolutely right for me. It was my moment of transformation.

The miracle in the chapel was that I allowed myself to soak in the support of the rabbi, the cantor, and my close friend. I didn’t do my usual shtick of making a joke at the first sign of my tears. I allowed the tears to come and I allowed these special people to witness and validate them.

From the Temple we went to Mayyim Hayyim, the gorgeous mikvah (ritual bath) founded by Anita Diamant. I’d never immersed before. My guide Sharon (whose last name happened to be my mother’s maiden name, making me feel instantly connected to her) greeted us at the door. The space was warm, cozy, clean and filled with light. Sharon showed me how to prepare while my three present supporters waited for me. When I was ready – physically and mentally – I slowly descended into the mikvah. I took my time saying the prayers and submerging three times. Less than an hour after I entered Mayyim Hayyim, I exited the doors feeling newly free.

That morning was one of the most significant of my life – right up there with my bat mitzvah, graduations, wedding, and the births of my children. It was the moment I said goodbye to my unfulfilled hopes and dreams for this marriage.

Of course, “goodbye” doesn’t mean I’ll never see them again. I think that’s what the rabbi meant when he said I would take my disappointments with me. I’ll continue to remember and mourn my marriage. But, thanks to all the processing of the past three and-a-half years, I am no longer angry. And I am grateful for the gifts of my marriage, most of all my children and my own opportunity to grow.

Thank you, Rabbi Jaffe, Cantor Doob, Barbara, and Mayyim Hayyim. And thank you, Michelle, for celebrating afterward at Prana and for the beautiful note you wrote with that perfectly placed phrase “spiritual ablution.”

I feel blessed to be healing, scar tissue and all.