Gracefully Join an Exclusive Club No One Wants to Be In: Four Powerful Ways 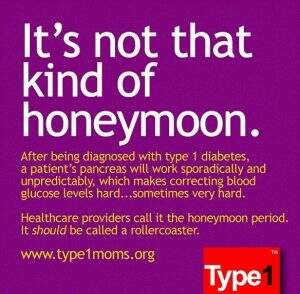 Sometimes we find ourselves in clubs we never wanted to be in. In 2008 I became a member of the Separated Spouses Club. When my ex moved out, separated spouses seemed to come out of the woodwork all around me. Serendipitously, I met complete strangers everywhere in my same situation. In 2012, I transitioned to the Divorced Club, another club I never aspired to join.

Now that A. has the medical diagnosis of Type 1 Diabetes, I’ve joined a new club. Since January I’ve met six families in my neighborhood I’d never even seen before. Each one has a household member with the same chronic illness. Even though we never met each other before A. was diagnosed, unwittingly we were all members of the East Arlington T1D Club.

This club is a particularly beautiful group of people. They have supported our emotional and logistical adjustment to this diagnosis, and I like to think that in part, by introducing them all to each other, I’ve supported theirs. I’m grateful to know we are in it together
If I’ve learned anything through our ordeal so far, it’s that acceptance goes a long way toward making us more at peace with feeling powerless over so many things.

I attempted to tamp down the drama factor during the phone call when our pediatrician diagnosed A. I said something like: “This isn’t that bad… we don’t need to go to the best hospital in the world; we’ll just go to our local hospital in the next town over.” So I was shaken when she responded that even though it was nighttime, we really needed to go to the big hospital downtown, because it was that important of a situation.

At some level, I’d believed that if I didn’t behave in a dramatic way, nothing dramatic would happen. I was wrong. It still isn’t easy for me to come to terms with the fact that I’m so powerless, more so than I’d envisioned I’d ever be over anything.
Empathy eventually helped me accept the very real drama in our situation. I needed people just to listen and say: “Yeah, that is hard,” instead of: “It’ll all get easy soon; I know others in this situation and they’re fine.”

T1D is not fine and it’s not nothing. And some moments it is dramatic.

Your pain may come from a different place than mine. You may be laughing through your pain. You may be crying. I may be doing both at the same time, with tears coming out my nose.

When you get a group of people with T1D together, as I’ve been fortunate to do a few times in these past months, it can sound like Old Home Week. Even when they don’t know each other personally, they seem to be at ease. They find each other’s stories hilarious, tales I frankly I don’t find funny at all.

One woman tells this story: “Sometimes I wake up at night and I’m so low that when I reach for the juice I keep passing out before I can get it.” She’s laughing because it’s so funny that she keeps passing out in her bed and she can’t come to long enough to suck back the juice. The other women with diabetes laugh along. And they add detail: “Sometimes I’m so shaky I can’t get the straw into the box.” They seem to think this is a riot.  I’m thinking, “Oh, my G-d, I hate the thought that my son will be waking up at night and passing out. What a horrible thought.” Yet these women accept the pain they never ordered, and they swallow it with a side of laughter.

More and more I’m realizing that, a lot of the time, everybody is in his or her own version of pain. I hope this realization will serve to make me a better friend and family member too.

I have a natural tendency to respond to others’ stories with recommended solutions. Sometimes my fixes are useful, but other times there’s no need or ability for me to fix anything. Pure listening is an excellent opportunity to help, perhaps by looking deeper and beyond to consider what’s not getting said.

Here’s a tip: if you know people in a particular situation who rarely mention that situation to you, don’t assume that situation doesn’t affect them in a big way. They may not be telling you the whole story. Just because they’re not verbalizing something is hard doesn’t mean they’re not struggling. Ask them how they’re doing.

What I want most from others is for them to be here, with and for the kids and me. The most valuable support I’ve received has been others making time to listen to us, ask us questions, and really hear what we’re saying, without trying to fix it for us. I appreciate this help, from the bottom of my heart.

Change comes with growing pains. Yet I’ve found beauty in our new experiences. I’m learning to become more of a human Being and less of a human Doing. It’s one of my fundamental life lessons. I’m learning to find points of gratitude and humor in each moment, even the least fun ones. And, I’m growing into accepting help in whatever form others are able to give it.

Throughout our lives, we’ll inevitably be thrust into clubs we didn’t know existed and/or didn’t want to be in. Next time that happens with you, or you know someone in such a situation, I hope some of these lessons from my experience will be helpful.