Lead Life with Love: The Remix 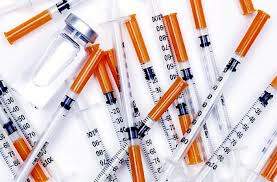 Okay, I’m back again. So, as I was saying: today is the day I blog again, after a three month absence from the blogosphere. I never intended to be gone so long. So much has happened. And as events and related responsibilities kept piling up, it seemed harder and harder to write, because there’d be so much catching up to do. And there was so little time. So much overwhelm. Too little joy and ease. But now I’m back. Let’s just hope the phone doesn’t ring again. Oh, who am I kidding? I know it will. That’s why I finally wised up and set aside 5 hours to do this, instead of my usual 30 minutes of speed blogging. Here goes.

On January 15th, my son A. (I’ve probably blogged his full name here before, but I’m just going to use his initial in this post.) was diagnosed with Type 1 Diabetes (T1D). A lot of what’s been happening since then has been centered around this important piece of news. T1D is usually, but not always, diagnosed in children. It’s an autoimmune disease. Currently it’s incurable. And it’s on the rise. There are no lifestyle issues that cause it. There’s nothing you can do to make it go away.

I want you to be aware of the signs of T1D for your own children and loved ones. The signs that I noticed A. having, which I eventually added up to this cause, were at ten years old he was peeing an awful lot. In fact, he started wetting the bed at night, which is something he hadn’t done in years. He was constantly thirsty. He lost a lot of weight. (In three weeks, he lost six pounds, which is a tremendous amount. For someone to lose six percent of his or her own body weight in three weeks is a lot, especially a kid). He was unusually moody. He was having a lot of aches and pains that I thought were growing pains. Each of these symptoms I had a reasonable explanation for. (“Of course you’re thirsty, honey, we’re visiting Grandma and Grandpa in the desert.”) I didn’t want there to be a high-drama explanation for these symptoms.

The last straw came the night A. said to me, “Mom, I have a problem.” And then he explained to me that during the course of watching the Patriots game (approximately two-and-a-half hours), he counted 13 trips to the bathroom. That was the moment I realized it was time to consult our pediatrician to ask if we should check his blood sugar. She said yes. As it turns out, I was able to borrow a kit so we didn’t have to go to a lab. The pediatrician told me to check him two hours after he ate dinner, so I did.

Tuesday night, January 15th, at 8:30 p.m., 48 hours after that football game, I checked his sugar for the first time. Long story short, we were in the ER by 10:30 p.m. In between I called the manufacturer of the glucometer to make sure it wasn’t broken, retested A., wrestled with the decision about whether to “bother” our pediatrician at 9:00 at night or wait until the morning, talked with the pediatrician and heard A’s diagnosis for the first time, notified my ex, called a friend to take my eight-year-old daughter K. for the night, told the kids the news, packed our overnight bags, dropped off my daughter, drove to Children’s Hospital Boston the long way because I was too distracted to remember the shorter way, and called my parents. I had no idea at the time that we would stay at Children’s until Saturday afternoon. We were so lucky that the situation wasn’t far worse by the time A. was diagnosed.

That experience really transformed our lives in ways that I did not see coming on January 13th, 14th, or during the day on the 15th, even when I knew I would check his sugar that night after dinner. I just had no idea. It never occurred to me at the time that January 14, 2013 was worthy of celebration because it was possibly the last day of A.’s life that he wouldn’t be poked and prodded with lancets and needles many times. It just seemed like another ordinary day, even though we were on our way to testing his sugar.

There are so many gifts that we don’t recognize in the moment because we take them for granted until the day they are gone. A., K. and I have been counting our blessings even more than usual as a result of this experience.

Life can turn on a dime when you receive news that makes it extra challenging to live according to the Unique Definition of Success you set for yourself earlier. Can you recall a moment when one phase of your life suddenly ended and the next one unexpectedly began? We’ve all seen graduation days coming. (We’d been finishing all our homework. We’d been taking our exams. We knew another phase of life was around the corner). Or we were pregnant for many months and expected our lives to be different once we became parents. But when an impossible-to-plan-for, unwelcome, life-altering event occurs, it presents a crisis.

How do you realign with your Unique Definition of Success during and after a crisis? How do you move forward into your new life phase? For the past two-and-a-half months, I’ve been doing the primary research.

If you’ve studied the Brilliance-Based Businesswomen’s Success System®, you know that your articulation of your Brilliance evolves, and your Needs and Values stay relatively stable over time, but your Priorities shift the most as your phase of life changes. As of January 15, 2013, I’m in a new phase.

In the recent past, I stated my health was my top Priority (although admittedly, I didn’t always act like it.) Earning an income for my family was also high on my list. (For me, that was a big part of parenting. I’m the primary breadwinner as well as the primary caregiver. I need to bring in money to take care of my kids. It’s my pleasure to do that and I’m lucky I have ways to bring in money that I enjoy. I love my work. I’m very, very grateful to have a Brilliance-Based Business as part of my Brilliance-Based Career). So the truth is that if I was under a deadline I would finish work before I’d hang with the kids.

Now, however, quality time with and for A. and K. tops my list above all else. I actually feel there’s no more important place I need to be than with my kids. If I’m not doing that first and foremost, it doesn’t matter to me how much money I earn to take care of them or who else I see or who else I help. It just doesn’t matter.

And the distance between Priority #1 and Priority #2 has grown tremendously. Many days in the past few months I never went past my first priority – never got to my work, health, family of origin, friends, personal or professional growth, etc. That’s been another Aha! for me. There are just going to be times in life where it’s not possible to get to three or four or five of your top Priorities, where your whole definition of success is going to narrow temporarily to being about just one or two for that short period of time. And that is really okay.

So my business went on hold temporarily the night of January 15th when we went to the ER. On January 16th, I was supposed to give a public talk. I had a full day of clients scheduled. I had a full day of clients scheduled for the 17th and 18th and the following week. If you’re one of the people that I postponed a private session with because we were unexpectedly in the hospital, I thank you now for granting me that flexibility. If you’re one of the people I had to postpone a session with because after we were out of hospital A. wasn’t well enough to be back in school all the time, I thank you and appreciate you and honor you for giving me flexibility to reschedule that time with you as well. I have needed to flex my schedule so that I could be with him.

It’s now been four-and-half hours since I started writing today. I’ve had to stop work multiple times – to consult with A’s healthcare provider about adjusting his insulin dosing, to write up revised procedures in light of that conversation for his school nurse and after-school program, to take a return call from the state about securing secondary health insurance in light of A.’s recently diagnosed disability, to answer a call from the school nurse at lunchtime, to push a process forward with our education advocate (would you believe we’ve needed a lawyer to persuade A’s teacher to let him leave class to go to the bathroom whenever he needs to?) and to talk to a contractor on one of my consulting projects. All in all, it’s been a typical day in this new phase of my life, an especially good day because A.’s sugars were on target at lunchtime, because I was able to exercise early this morning, and because I’ve finally written my first post of this year.

In early December I set a theme for my business in 2013: Lead Life with Love. I had no idea how relevant and meaningful that guiding message would truly become.