The Power and Magic of Words

This week’s post “The Power and Magic of Words” comes from guest blogger Peggy Nolan.  Peggy is a Brilliance-Based Businesswoman who asks meaningful questions that empower all who ponder them.  Enjoy her wisdom!

“I need to be with someone less powerful.”

His words cut through me like the frigid air of a New England winter. His dark words took up residence inside my head. What did he mean, “Someone less powerful?” Surely I was not a powerful person. I had spent nineteen years carefully crafting an artificial life where I was “less than” my first husband. 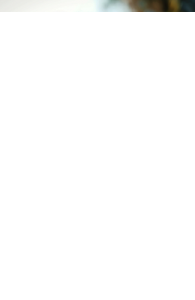 I stifled myself. I became small so he could feel bigger and better about himself. I dimmed my light so he could shine bright.
I learned early in my first marriage that I wasn’t supposed to make more money, be more creative, get promoted sooner, or be more successful than him. I had to squash my inherent desire to become a better me. No matter how I tried to dim my light, my light shined on…even if it shined a little bit sideways. No matter what success or achievement I reached, my first husband found ways to weave black magic with his words.
“You’re not that good anyway…”
“You get tunnel vision…”
“You always have a plan…”
“No matter how hard I try, I can never bring you down…”
And the worst he’d say to me (because he intensely disliked my father) “You are your father’s daughter.”
My first husband used his words as weapons of mass destruction. He used them to divide, separate, and create confusion. He used his words to interject fear, self-judgment, and pain.
Until I found Don Miguel Ruiz’ book The Four Agreements, I didn’t know what or why he did what he did. I didn’t know what I didn’t know. I didn’t fully understand the power and impact we have with our words until this transformational book found me. Ironically, or divinely, it appeared in my life just as my first marriage ended in divorce.
The first agreement, to be impeccable with your word, broke wide open the false reality that I created. Not only was my first husband using his words as black magic but I believed those words and created more of that same toxic black magic within me.  It oozed into every aspect of my life.
Ruiz states, “The human mind is like a fertile ground where seeds are continually being planted. The seeds are opinions, ideas, and concepts. You plant a seed, a thought, and it GROWS! The word is like a seed and the human mind is so fertile. The only problem is that too often it is fertile for the seeds of fear.”
My first husband preyed on my fear based thoughts. He stalked my self-doubt. He encouraged my own inner judge and jury. Together, we agreed to eat each other’s toxicity. I agreed to the pain and suffering he dished out on a frequent basis. After all, he was just using his words in a similar fashion as his parents, my parents, and their parents before them. Well intentioned adults and teachers who simply passed down the dream of the planet as it had been passed down to them.
When I first read The Four Agreements in December 2002, I learned that to be impeccable with my word was to be without sin. Anything I think, say, or do against myself is a sin. When I am impeccable with my word I do not use my thoughts, words or actions against myself or others. Nor do I take personally (the second agreement) the words others say about me.
While my first husband rejected me for “someone less powerful,” I learned that self-rejection is the biggest sin of all. To be less than who I am so he could think himself more was a clear rejection of what my Creator intended for me.
Our words are so very powerful. They can be used to create and they can be used to destroy. They create our reality and our dream. Over time and with practice, I changed the words I not only allowed others to misuse against me but I misused as well.
“You need to be less powerful” became “I am fearfully and powerfully made.” I also adopted my Aunt Cal’s gentle reminder that I came from a long line of powerful Scottish women.
The snide “You have tunnel vision” became “I complete what I start.”
The disdainful “You are your father’s daughter” became “damn straight I am!” I am proud to be my father’s daughter because my father is a loving, kind, funny, and brilliant human being.
Now that I know better about how my words create my reality, it is my responsibility to keep teaching this to my children, you and myself. In the margins of page 35, I wrote “What spell am I casting with my words?” I pay attention to my internal dialogue and the words I chose to think and say about myself. I pay attention to the words I say to others and the words I write. I’m mindful of the spell I’m casting for my dream, for the dreams of others, and ultimately for the Heaven on Earth I’m creating for myself and my family.
I ask you this – what spell are you casting with your words?

Climbing the charts as one of America’s most popular BlogTalk radio show for women, Stepmom’s Toolbox, Peggy Nolan teaches women, specifically stepmoms, how to stand in their own power and shine from the inside out.  She provides the tips, tools, and resources necessary to go from survive to THRIVE in life with a blended family.

Peggy is a contributing writer for StepMom Magazine and you can find her numerous articles in Diva Toolbox, MORE Online, and Aspire Magazine.  She’s also appeared on AOL’s Career in Transition Image Makeover.